I just have a quick look for you all today- Gradient Glitter!

I’m almost embarassed to say I haven’t had a good chance to use any of my Equestria polishes from Rainbow Honey yet.  I pre-ordered the full collection, but with SO many polishes and posts, I haven’t had a chance!  After watching a few hours of My Little Pony with my daughter this weekend though, I decided that had to change.

The subject of my manicure today? 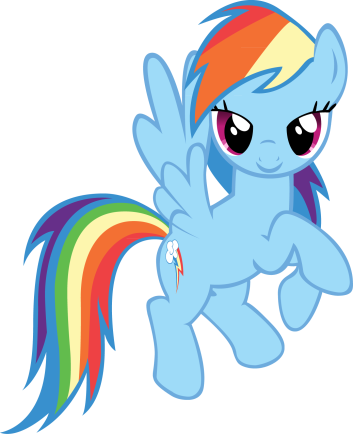 Rainbow Dash is the inspiration behind Rainbow Honey’s 20% Cooler.   If you’ve ever watched the new version of My Little Pony (Friendship is Magic), you’ll understand why.  If not, I’ll provide a video!

Although not my favorite pony (that’s a tie between Pinkie Pie and Fluttershy), I do love Rainbow Dash.   My Little Pony: Friendship is Magic is available for streaming on Netflix.  If you’re bored and want to watch something light and entertaining, give it a try!  It’s one of the few I enjoy watching with my daughter.

Anyways- back to the polish! 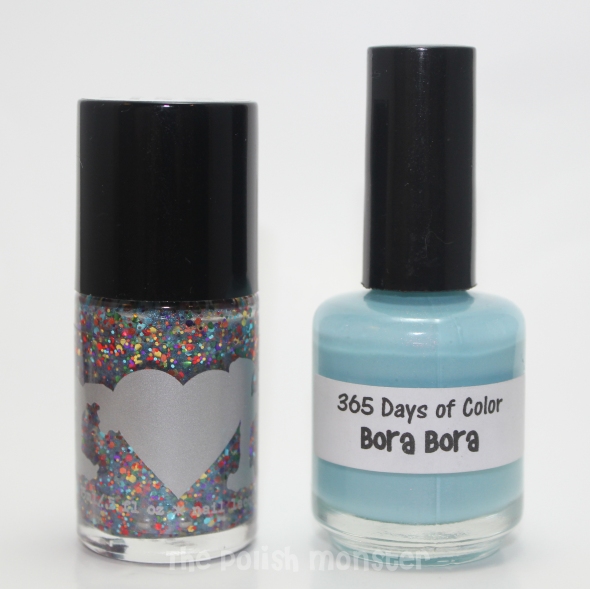 For this mani, I used 365 Days of Color’s Bora Bora for the base, and Rainbow Honey’s 20% Cooler for the glitter.  Bora Bora was the closest blue to Rainbow Dash’s body color that I could find in my stash!

The idea behind a glitter gradient is very simple.  I put on 2 coats of Bora Bora and covered with a fast drying topcoat.
Once it was dry, I did a fairly thin coat of glitter over the entire nail.  Once THAT was dry-ish, I added a second coat- starting 1/2 way down and extending to the tip.  I let that dry a little, and then dabbed a thick coat on the very tip of the nail.  I gave it a few minutes and then smoothed it out backwards towards the cuticle a little to prevent it from having a giant polish bubble on the tips.

When I showed my husband, his comment was ‘Uh hon, I think you missed some spots’.  So this look isn’t for everyone- and I do think it’s one that looks a bit better on longer nails.

Still fun though!  And I think these 2 colors look PERFECT together!

I’ve heard some reports of people having issues with their Rainbow Honey polishes consistencies.  Mine were (are) absolutely perfect and easy to work with.

Be on the lookout soon for more of Rainbow Honey’s Equestria Collection- I have GOT to show off those beautiful glitter bombs!